Our 4 month adventure ended with Istanbul. It seems kinda crazy flying 4 hours further east from Milan to Istanbul for a few days and then back west for an 11 hour flight to Chicago! The tickets with Turkish Air were half the price of the other airlines and they are the highest rated airline in Europe!  And we love Istanbul. We spent a week there last year

This time we also rented an apartment, but in a less traveled neighborhood, Fener–Balat. This is like the new Brooklyn. It’s a neighnorhood of immigrants and lower income folks, but is now appreciated by the young professionals. Antique shops, and some are closet size, coffee shops and new renovation. It’s fun, but sketchy too. Here are some pics of the neighborhood. 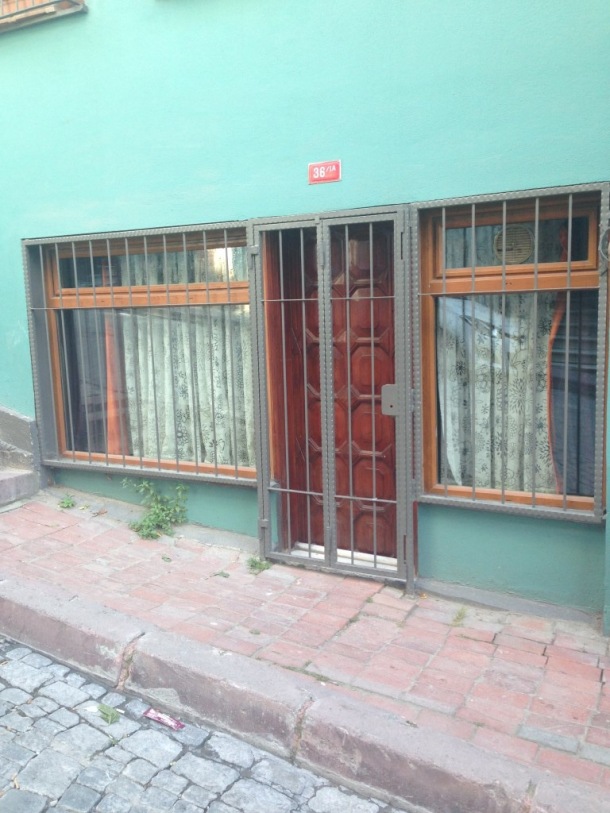 Men like this collect recyclables all over Istanbul with their carts 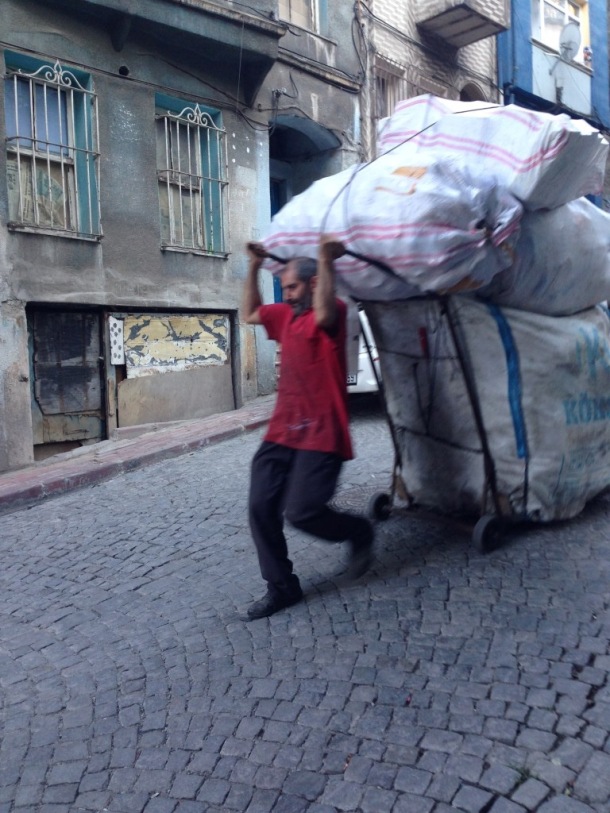 Some creative design and a streetwise child

This is the street of our apartment. I’ve been told it was used in the most recent James Bond film! The streets are their living rooms. People sit on the sidewalks and streets all day.

Antique shops are everywhere, of many varieties

Streets like this are slowly being purchased and renovated 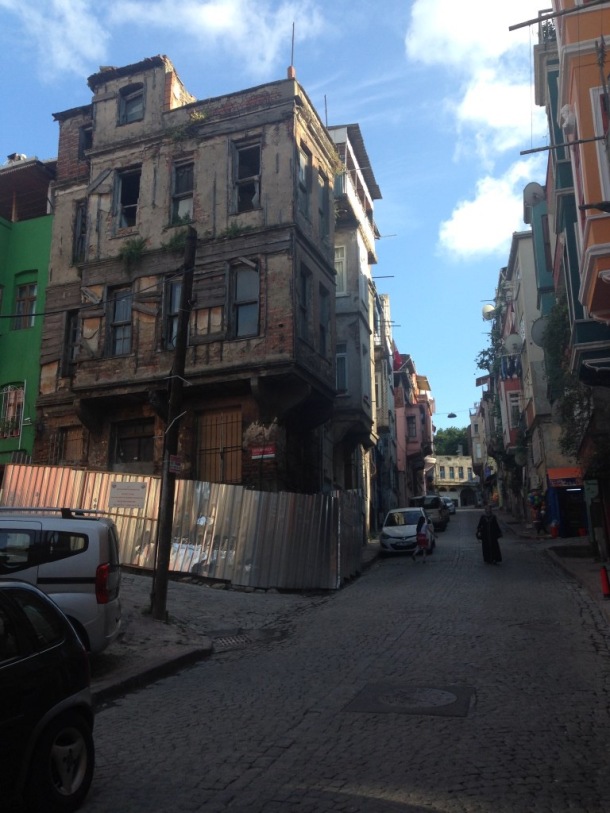 This woman is washing off her sidewalk with water

This man walks around selling pastries from his cart

This man sells and buys old things from his cart. 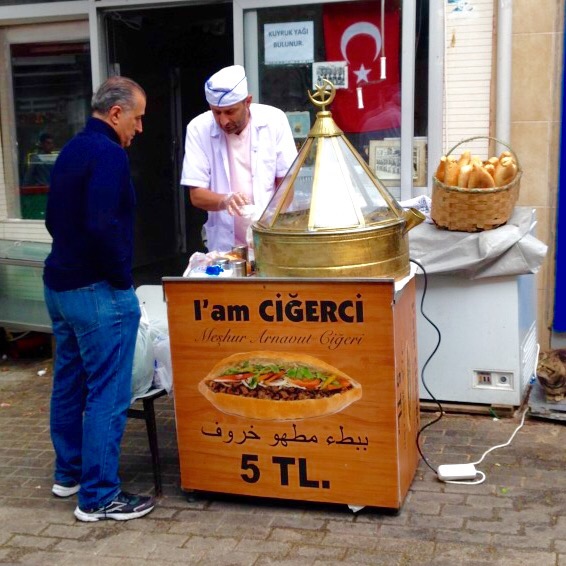 Another salesman of all things but his dogs

People tend to walk in the streets rather than the sidewalks 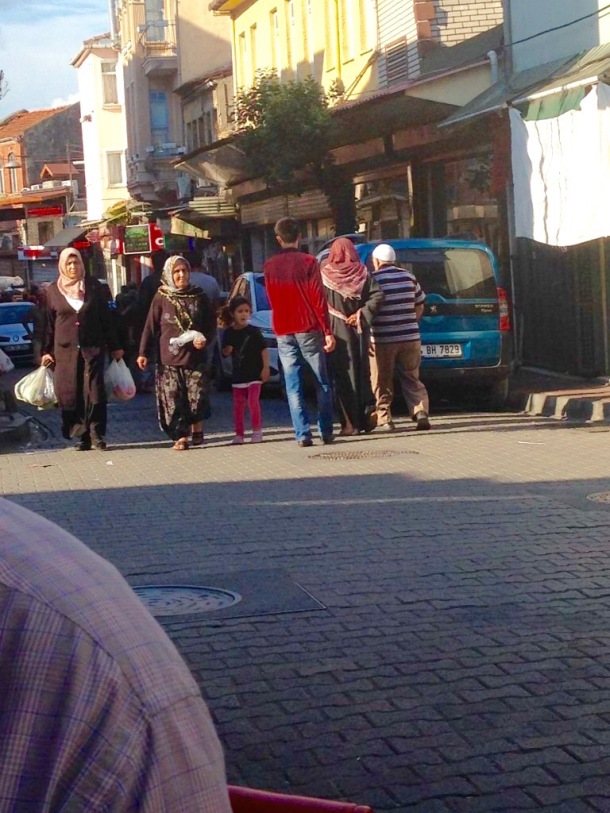 Kids walking through traffic and waiting for the train to pass

We did not see one dryer in any of our apartments throughout Europe. Hang drying is everywhere

A fried ground lamb burger mixed with spices and breadcrumbs 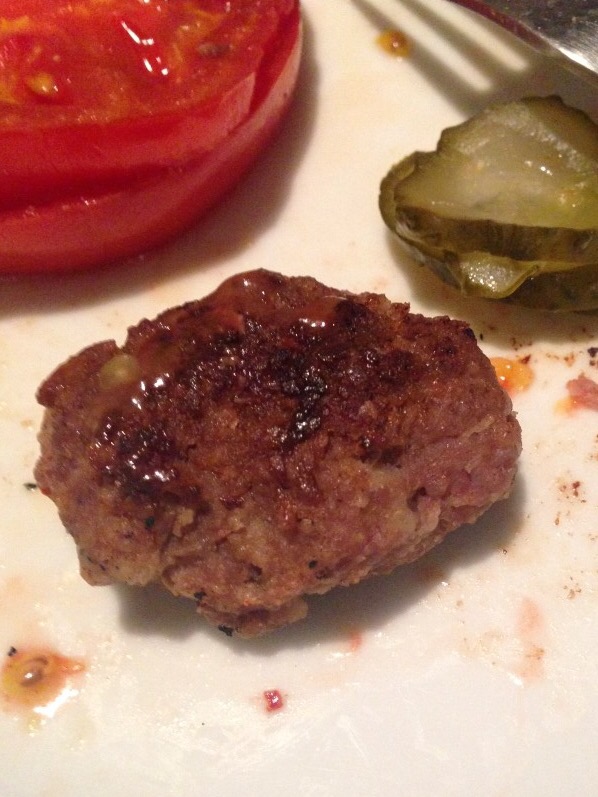 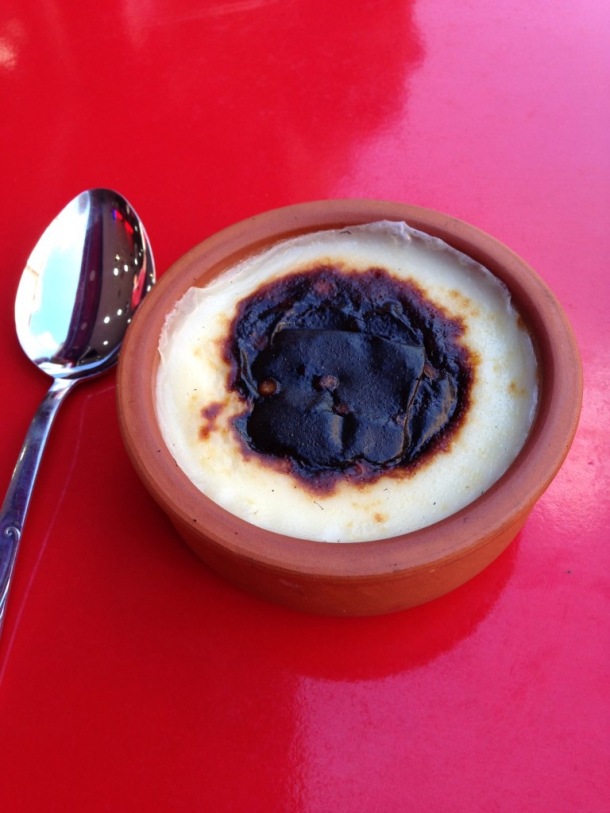 This is called Wednesday Market or Caramba, because it’s held on Wednesdays in the Balat neighborhood

Our favorite coffee shop in Balat, Coffee Department, where the owner scientifically roasts coffee beans and has a variety of coffee making styles. I love these floors! 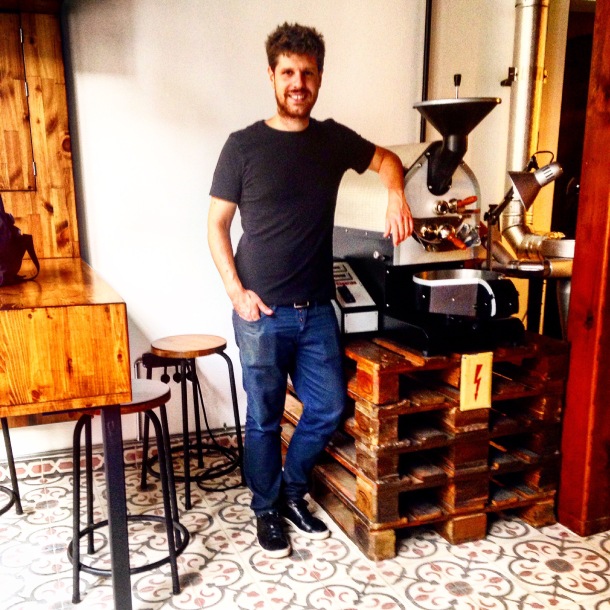 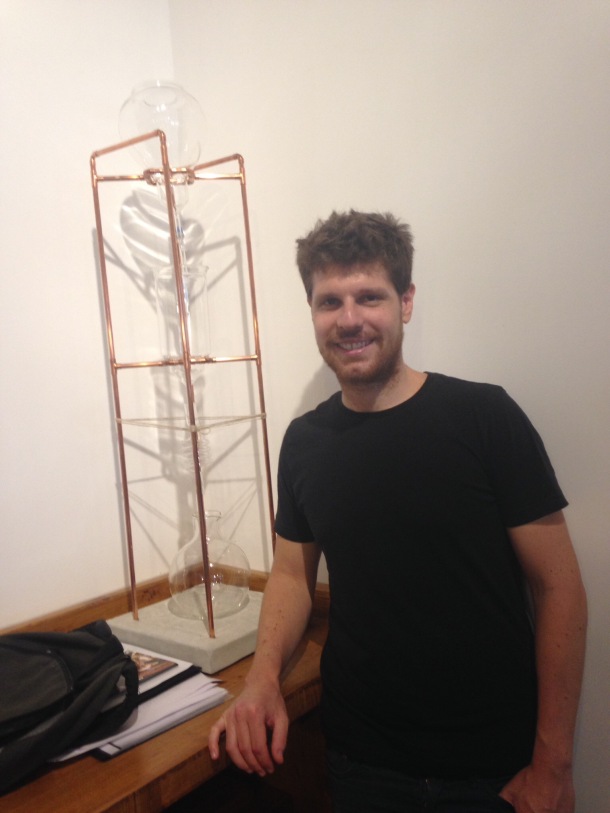 And here is the traditional Turkish coffee shop

The shop owner is enjoying his newly purchased reel to reel tape player!

We truly loved our stay in Fener-Balat

We took a lovely boat trip to Prince’s Islands. It was an overcast day, but we enjoyed the sights anyway. The Bosphorus is a busy waterway always filled with fast moving boats of all sizes. 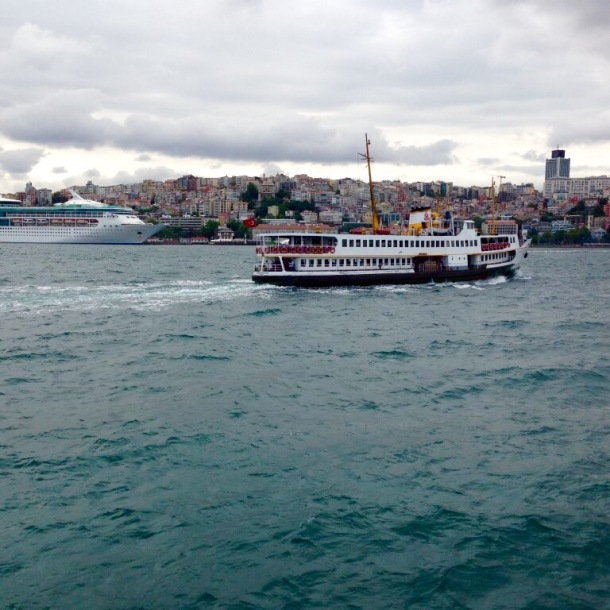 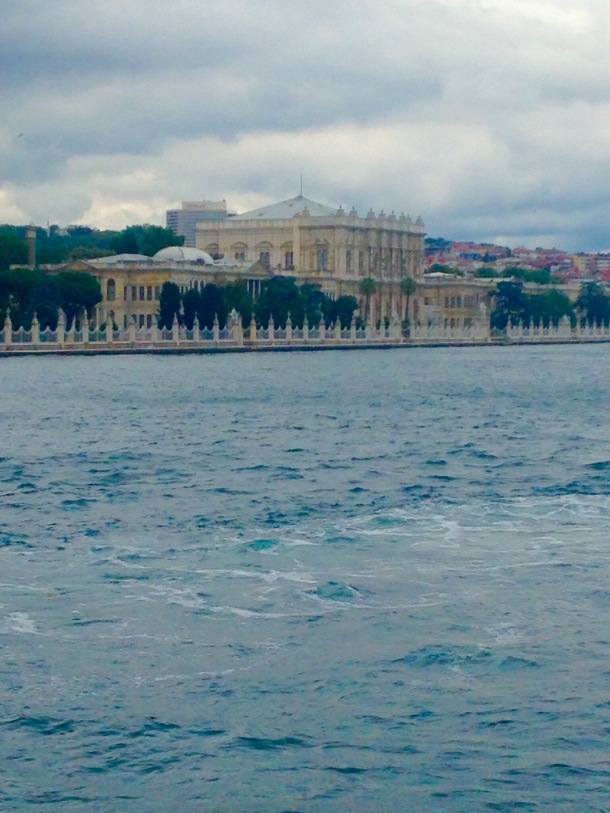 There are 3 Prince’s Islands. We went to the largest one. It reminds me of Mackinac Island. No cars, only horse and buggies, wood frame large houses and very picturesque. 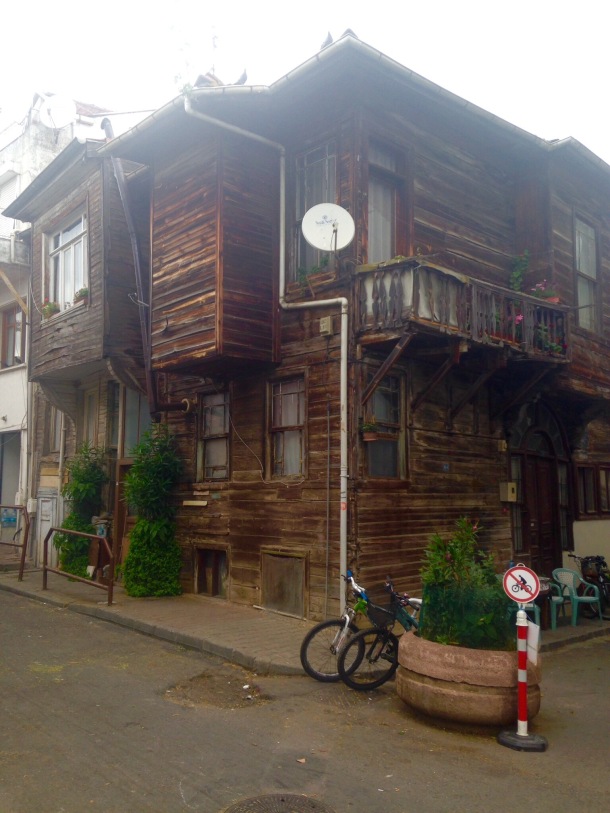 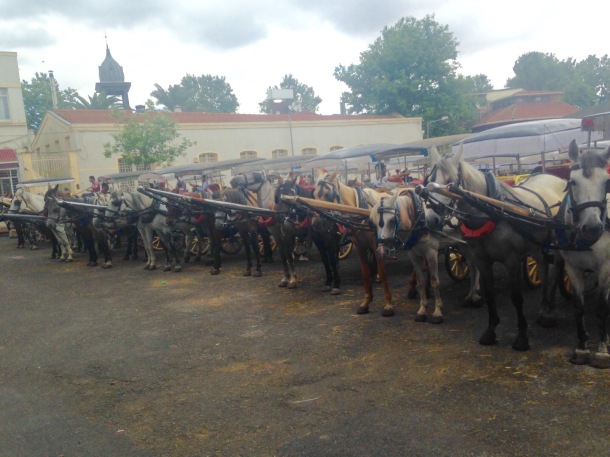 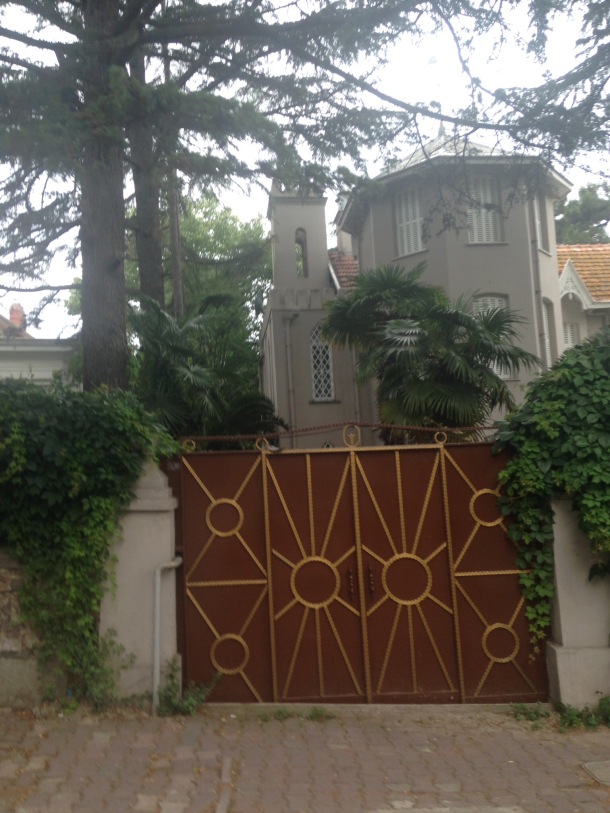 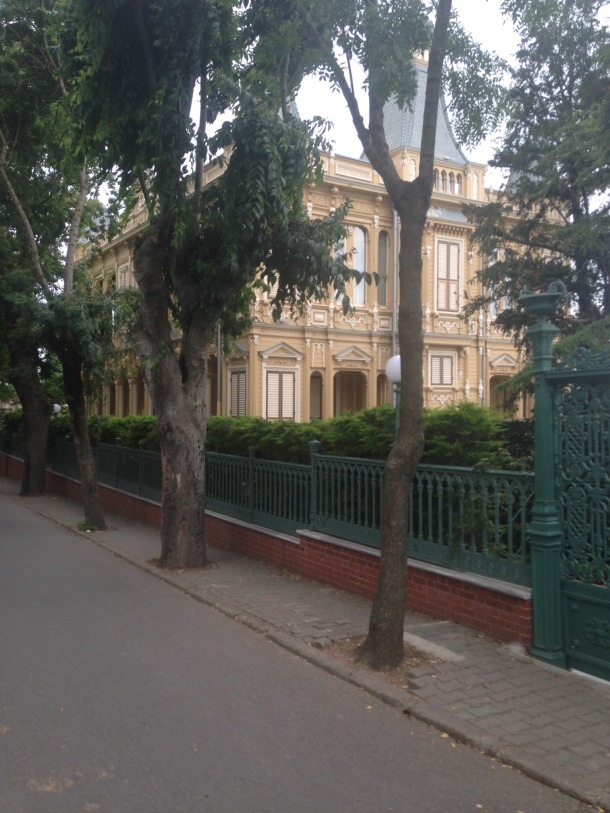 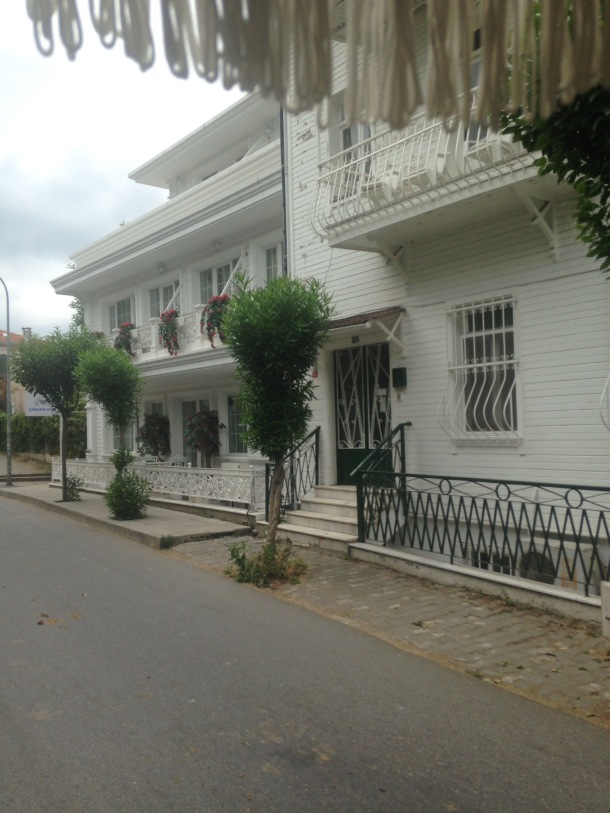 We took the horse and buggy to the interior of the island where we then walked a mile to the top of the hill for some great views and yummy food!

A mosque/church on this hill With scarfs to cover your head, arms and legs.

Another deep fried pastry filled with ricotta like cheese

This is one of the thin pastry doughs used here

Other pastries with cheese and spinach fillings 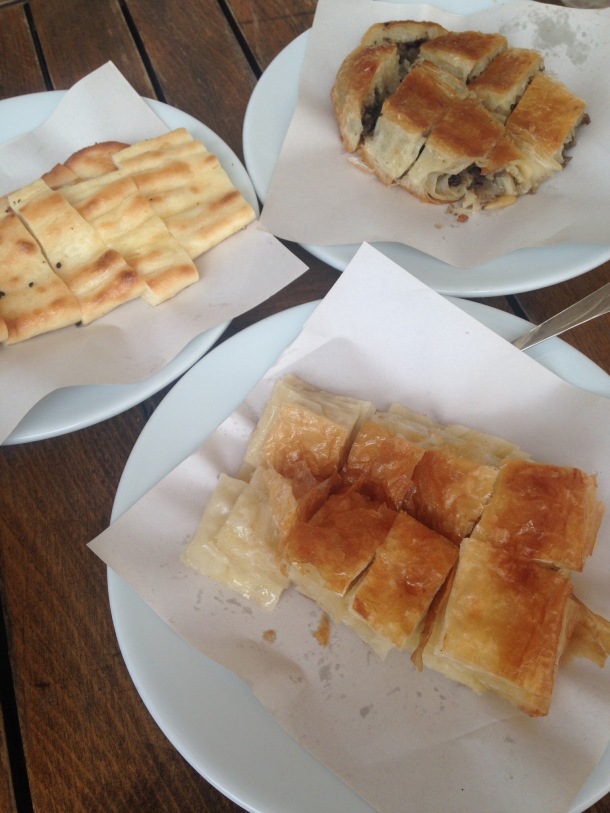 Making stuffed grape leaves with a grain and vegetable filling

In our Balat neighborhood we ate dinner at Agora, a very nice restaurant. Here is a tray of mezes or small plates: eggplant, thick yogurt with hot peppers, herbed olives, ground pistachio and almond and dill mixture, yogurt with fresh basil and spices, seabass in tomato with cilantro.

Lamb chops with a grilled pepper

Calamari in a fish sauce 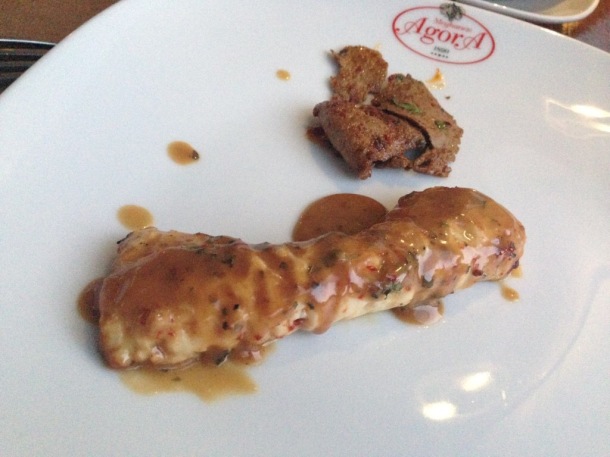 One of the many entrances to the Grand Bazaar. We bought nice quality jewelry this time and last year from EFES 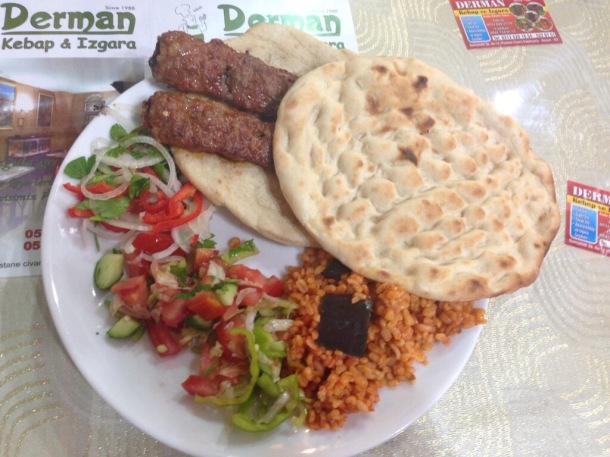 Village Salad with a Pomegranate Dressing

A dessert of ground pistachio and honey pudding 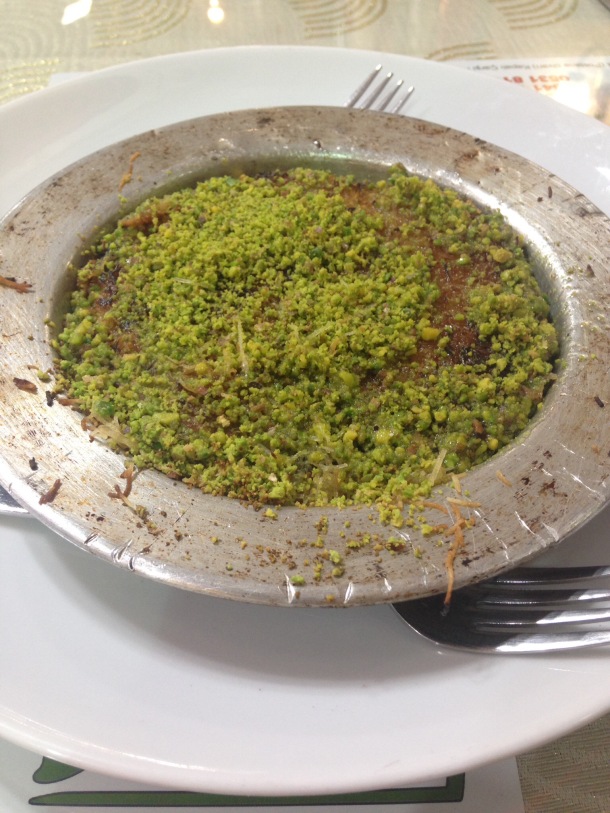 Haggia Sophia means Holy Wisdom and was originally a church, then became a mosque, then a church and is now a museum. First built in 537 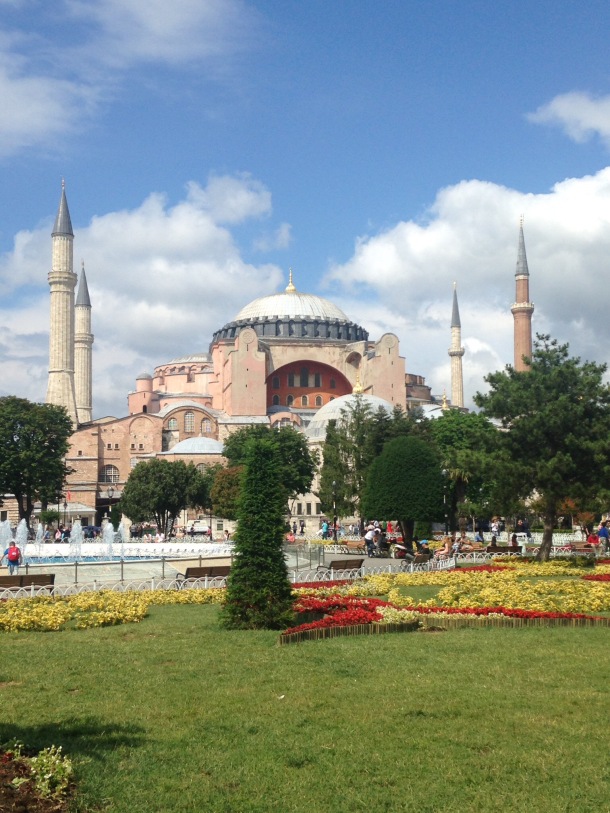 The Blue Mosque or the Sultan Ahmed Mosque was built in 1609 and is known as the blue mosque because the interior has blue tiles. 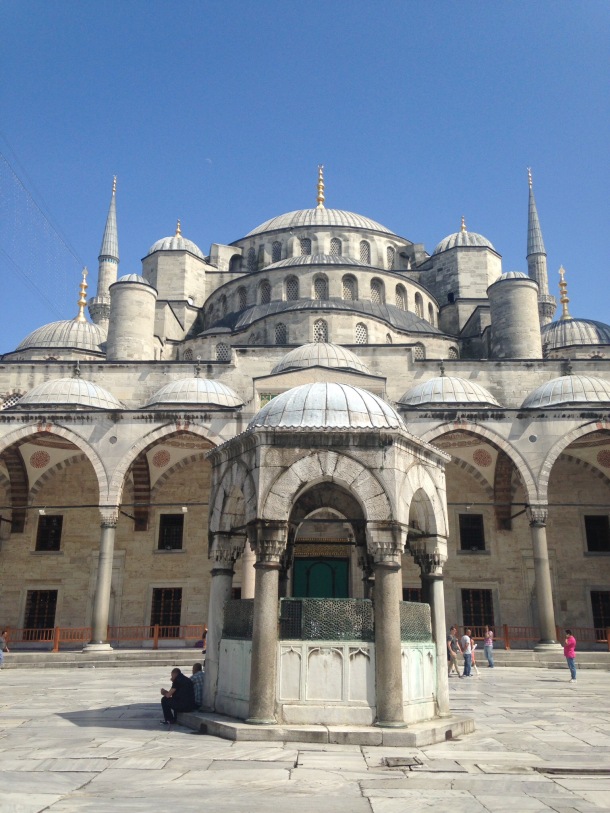 Ancient column called the Egyptian Obelisk was built in 1500 bc and moved to Constantinope in 390. This is located in the Hippodrome which is where the ancient chariots would race.

This cistern of Istanbul is one of hundreds and is called the Basilica Cistern and is where the water reserves were stored up through modern times. There was originally a Basilica in its place and after a fire in 476 the cistern was built. It’s a popular place since the latest Dan Brown book was set here.

This is St George’s Church and is the center of the Greek Orthodox Church and home of the Patriarch. There has been a rule that no church should be larger than a mosque, so this church is small.

Mosque and gardens in the Balat-Fener neighborhood called Mosque of Fatih. We learned the government pays for the care and upkeep of the mosques. Interesting to see such a lavish mosque in a poor worn out neighborhood

The flower beds in Istanbul are all curvy and elaborate. They use sod cutters to make the patterns. The designs remind me of Arabic script. 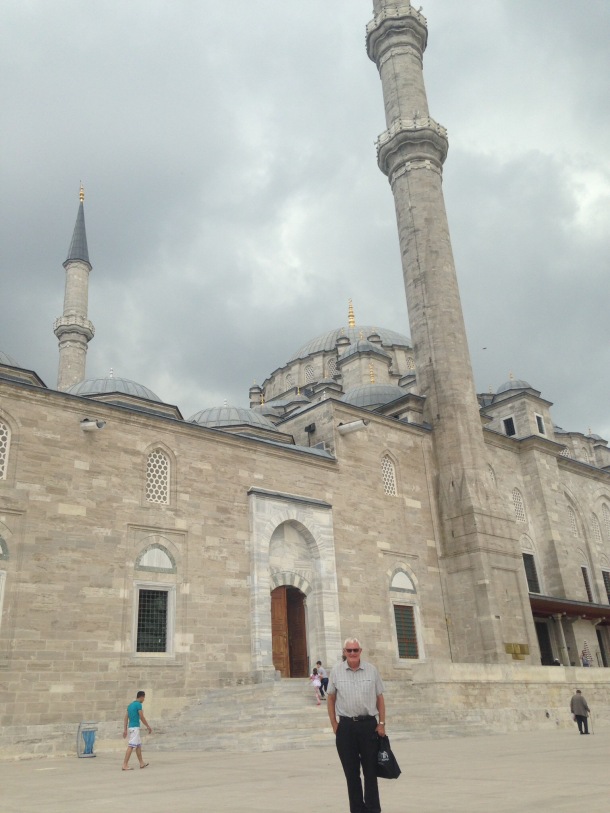 Washing area for men to clean their hands, face and feet before entering the mosque 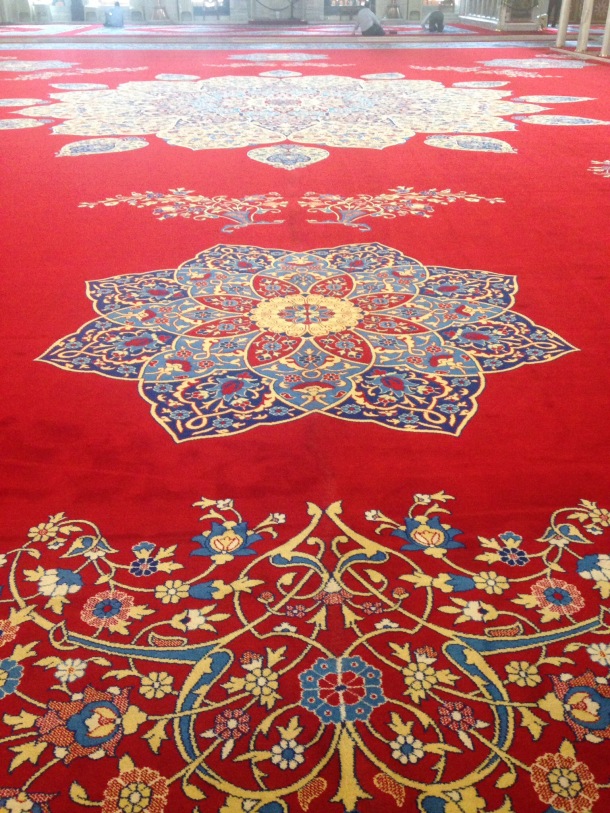 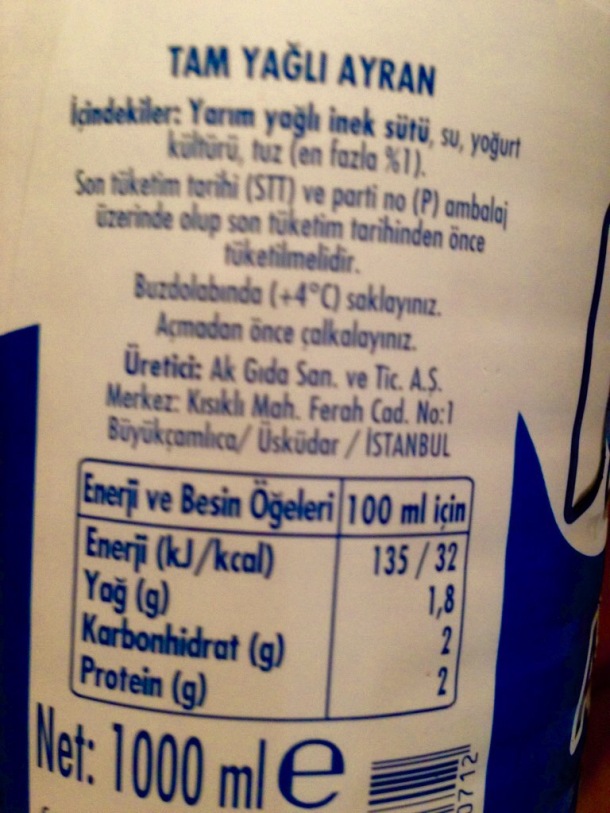 Our last night we went to the rooftop bar at the Marmara Pera Hotel. The views were the best in the city and so worthwhile!  We had dinner at the rooftop terrace at Duble Meze in the Palozzo Donizetti Hotel. Fabulous! 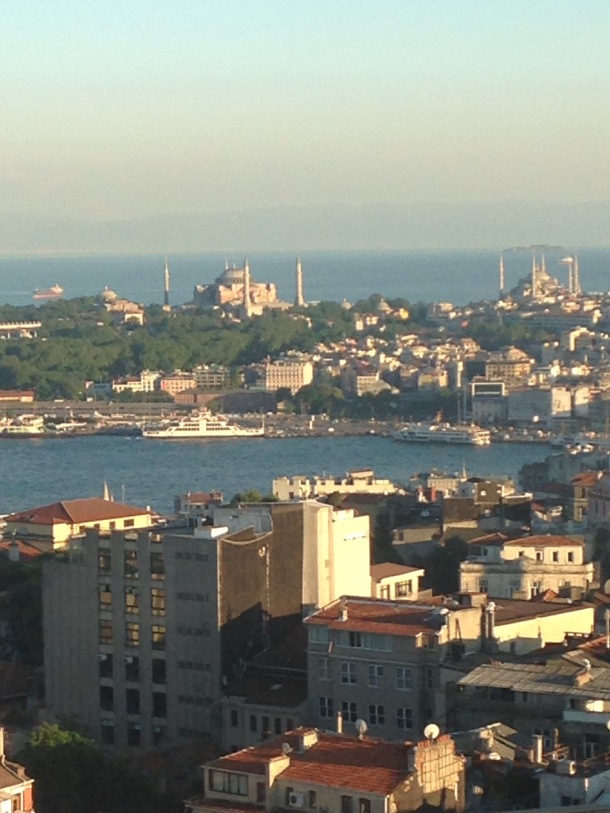 Duble Meze in the Palazzo Donizetti also has great views! The food is fantastic! You can see the Marmara Pera Hotel is close by 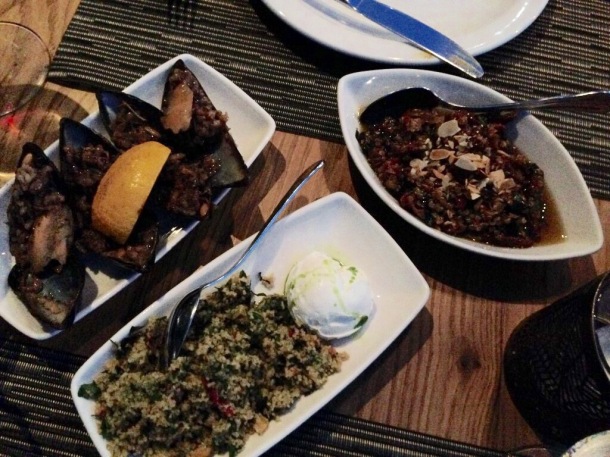 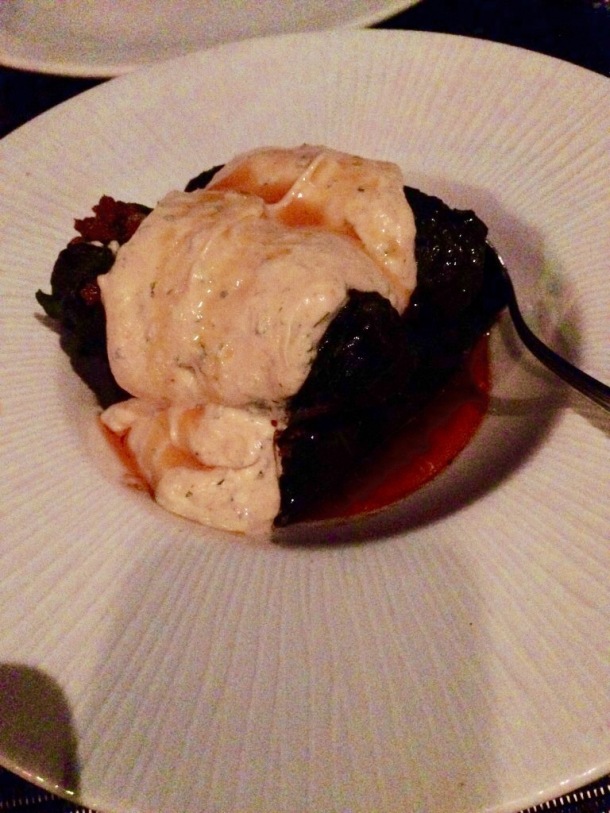 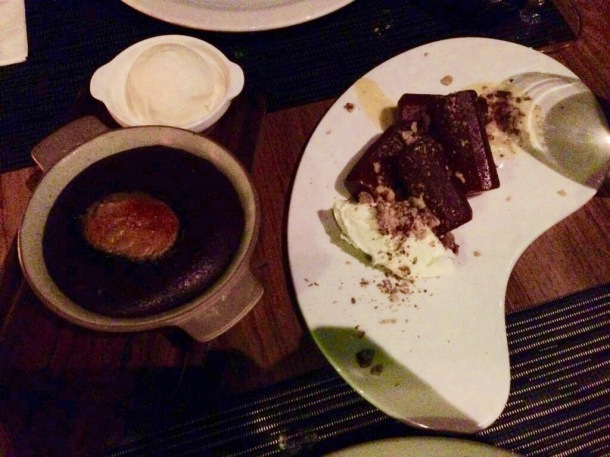 The next morning we boarded a Turkish Air flight to Chicago which began with Turkish Delight! A sweet memorable end to a glorious 4 month trip! 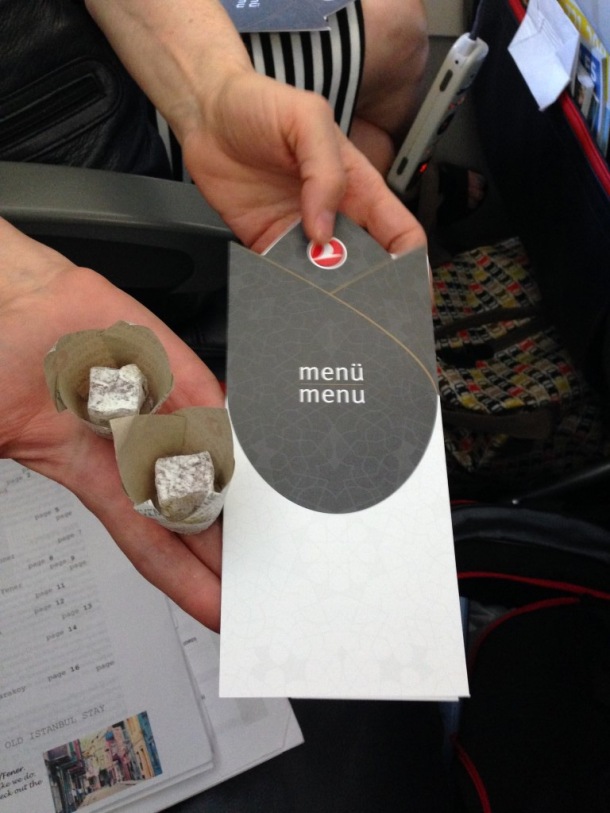